Over the years, ASTI has disseminated the key findings of its work through a series of country and regional publications, its website and data tools, through presentations at important in-country and regional events, and by interacting closely with various regional and international organizations. This outreach has led to frequent citation of ASTI data and analysis in influential reports by the United Nations, G20, G8, FAO, OECD, and others. Over time, ASTI has also built strong dissemination/advocacy partnerships with key regional (agricultural and policy) institutions in Africa, including FARA, ASARECA, CCARDESA, and CORAF/WECARD, and the AU. In Asia, ASTI’s strategic partnership with APAARI has facilitated outreach and policy uptake, as APAARI maintains close links with NARS across the region as well as various regional and subregional organizations, including ADB, ASEAN, ESCAP, SAARC, and SEARCA. ASTI also aimed to build similar partnerships with organizations in LAC and WANA during its data gathering and analytical activities during 2010-2016. This work was, however, funded through small scale project with a short implementation cycle.

Three external reviews in 2011, 2014, and 2017 concluded that ASTI data and analyses have provided an effective platform allowing policymakers to track countries’ agricultural research progress over time. The findings and outputs of ASTI’s work have important policy relevance at national, regional, and international levels and are widely recognized as the most authoritative source of information on the support for and structure of agricultural research worldwide. Through technical assessments of usage of the data and in-depth consultations with international, regional, and national users/stakeholders, the review validated the unique contributions of ASTI in informing knowledge about agricultural research systems and capacity. The review also stated that the demand for ASTI data is a result of existing/previous advocacy participation of the ASTI team in engaging with regional platforms and organizations.

An increasing number of countries use ASTI data as a tool to advocate for increased research funding, increase the retirement age of scientists, training opportunities, and so on. ASTI has also (indirectly) improved M&E systems of many African agricultural research institutes. 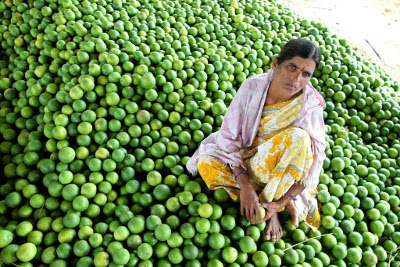